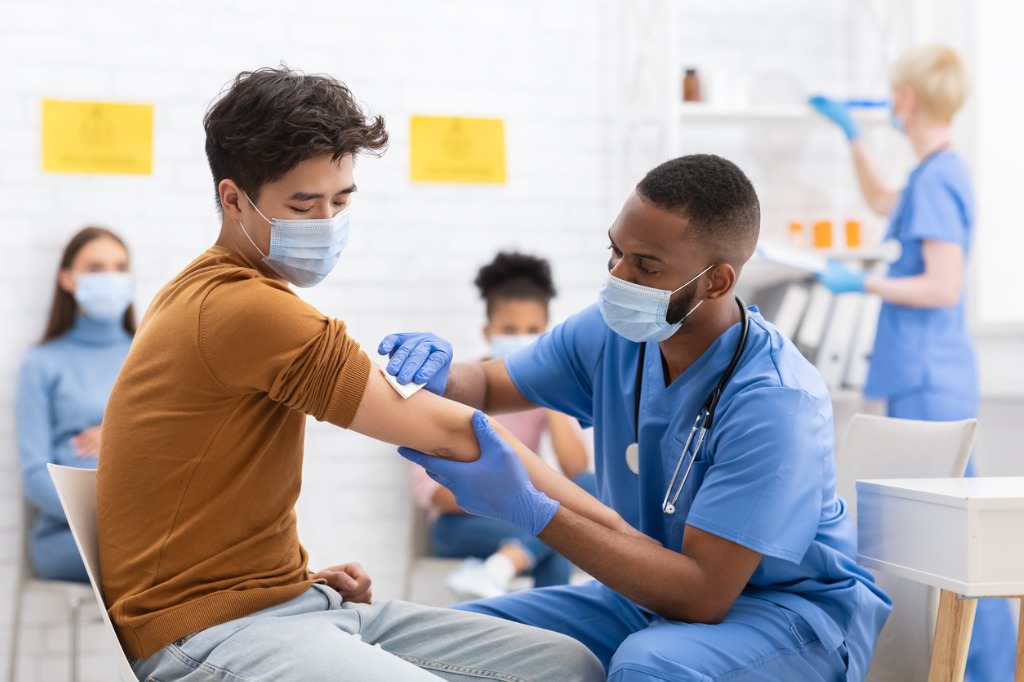 Almost a year in, the COVID-19 pandemic continues to wreak havoc on the American healthcare system and the nation’s economy. Despite the evidence that newly available vaccines for COVID-19 are generally safe and surprisingly effective, many individuals – including some healthcare workers – are refusing to get vaccinated. Scientific evidence suggests that without widespread vaccinations, achieving the kind of herd immunity that will allow life to get back to normal will be delayed. Still, some people are choosing to pass.

What’s the explanation behind this phenomenon? When it comes to infectious diseases, our decisions have an impact on many others. So are these vaccine rejectors uninformed? Irrational? Selfish?

Not necessarily. Examining the issue through a decision science lens can shed light on how decisions that seem irrational on the surface are actually quite human. The trick is understanding when our very human tendencies lead us astray – and knowing how to get ourselves on the right track.

Good decisions depend on good information

Your decisions are as good as the information you have. But in gathering information, the human brain prefers to be efficient. It likes to move quickly most of the time. It takes short-cuts. It relies on social influences.

The reasons are easy to understand. The human species wouldn’t have lasted long if, in its early history, it slowed down to carefully think things through. An efficient brain that allows for quick decision-making is, evolutionarily speaking, what got humans this far.

But these days, many situations (like choosing to get vaccinated) may require us to slow down our thinking to process more complex information. When we gather information too quickly, or cut corners, we have a harder time seeing what’s real. We can even fabricate our own “realities” that have no basis in truth. All because we want to think fast.

We neglect probability when we look for evidence

When processing information to make a decision, our efficient brains naturally tend to neglect probability . We often don’t think about the data, even when we claim we value it. Instead, humans tend to over-value personal experiences, compelling stories, or input from people in positions of authority. Rather than making objective choices, rejectors of the vaccine may be falling into one of the following common decision-making traps.

1. They may be confusing personal experience with statistical evidence.

Some healthcare providers are refusing to get vaccinated because they believe that too little is known about their effectiveness and safety. The facts don’t support this – while trials for the available COVID vaccines were conducted swiftly, the available evidence shows the vaccines to be highly effective and safe.

But rather than slowing down and gathering knowledge, people rely on their own personal experiences , which are much easier to access. Medical professionals know they’ve made it this far using only protective gear, so why not just stick it out? Statistically speaking, this is highly risky. But statistics usually aren’t interesting enough to hunt down or remember. Often, the facts get supplanted by personal experiences that are taken as evidence when they’re actually just anecdotal, creating a false sense of security (and reality) that could lead to sub-optimal decisions, such as skipping or delaying a vaccination.

2. They may be under the spell of stories.

In making decisions, we tend to over-value information that’s easy to remember. And nothing is easier to remember than a juicy story. Jenny McCarthy , largely responsible for the mainstreaming of the anti-vaccine movement, got people to listen by telling a story anyone can relate to: a hardship (her son’s autism diagnosis) wrapped up in a mystery (how did this happen?), and a protagonist (McCarthy) hunting down an antagonist (who is responsible?). In the end she identified who she believed to be the villain (a vaccine) and subsequently became seen as a hero and truth-teller to many. The statistical evidence doesn’t support her claim, but again – statistics are boring, abstract, and often difficult to relate to. An emotionally charged story carries more weight . But it doesn’t make for well-informed decision-making.

3. They may be substituting the vaccine question with a question that’s easier to answer.

To vaccinate or not to vaccinate? To make a fully informed decision you have to consider the data on the vaccine’s safety and effectiveness. That takes energy and time. So rather than ask a question that’s hard to answer (is the vaccine safe and effective?), people like to ask themselves a substitution question – one that’s much easier to answer. That question is: do I trust the person who’s telling me to get it? Research conducted by the Pew Research Center and published by The Journal of the American Medical Association suggests that some people are more likely to get vaccinated if health authorities recommend it than if politicians do. And these days, who the politician is also makes a difference. If you’re taking advice from someone you like but who isn’t considering statistical evidence, you can be making the wrong choice.

Making poor decisions is all too easy – we’re only human, after all. But that’s not the end of the story! There are things you can do – and advise those around you to do – to help make the best decisions available when it comes to vaccinations.

Temper your experiences with an understanding of data

The experiences of you and those you know may be unusual outliers. Data reflects the experiences of hundreds, even thousands of people, which means you get a more accurate picture of what’s really going on. Consider data not just on the effectiveness of the vaccine but also the risks of not getting it – risks to you and those around you.

Again, one or two stories don’t tell you the whole picture, and they could be compelling because they’re unusual. Look at the data, which numerically represents thousands of stories.

Recognize when you’re substituting hard questions for easier ones

Making the right decision in a healthcare context is tough. But if we’re willing to work and identify the places where we’re likely to be misled, we can help improve our individual decision-making – and in this case, we can help improve public health while we’re at it.