For the second time in four years, Seattle is the country's fastest-growing big city, according to Gene Balk, “FYI Guy” at The Seattle Times. Analyzing the U.S. Census Bureau's population data, Balk says Seattle has surpassed the 700,000 mark in population with a 3.1% growth rate - the fastest among the 50 most populous cities in the nation.1

What's behind the lure of the Emerald City? Something must make up for all that rain.

(Aside from the rich verdant scenery year round, the ubiquitous bodies of water, and snow-topped mountain peaks. And never mind the city's amazing seafood and third-wave coffee houses on nearly every block.)

As expected, Seattle's growth aligns squarely with the city's economic booms of the past 115 years, driven by the Klondike Gold Rush in the early 1900s, the golden age of Boeing in the 50s and 60s, the Microsoft Windows phenomenon of the 80s and 90s, and over the past 20 years, the meteoric rise of Amazon. 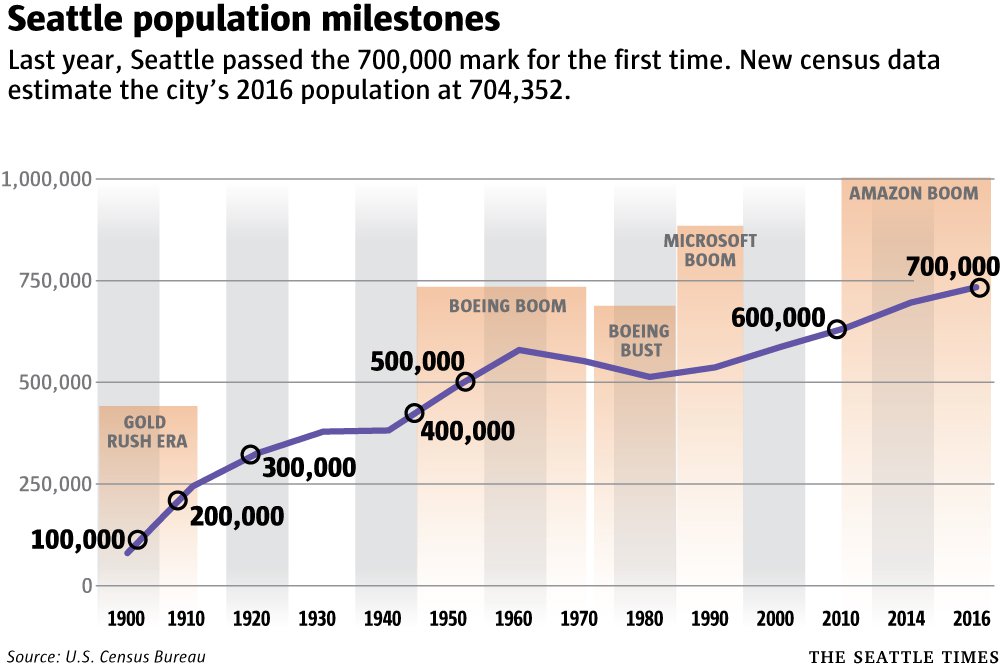 📷But maybe Seattle's pull is not the economic booms per se but more so their unifying, underlying current -- something as core to Seattle's culture as coffee and the Space Needle: the enduring spirit of pioneering. From the Denny party that founded Seattle at the site of today's Pioneer Square, to Grunge, to Redfin's novel approach to brokerage services, to Amazon engineers perfecting delivery by drone, Seattle has always been a place where people forge new frontiers.

So it's no surprise to find Seattleites setting their sights on the next one - a frontier ripe for new ideas and methods. Building on the city's foundation of success in innovation, Seattle leaders and pioneers across private and public sectors are collaborating to transform healthcare and deliver better experiences and outcomes for all.

Here are just a few examples:

📷In fact, a 2015 study on Washington State healthcare innovation sponsored by Cambia Grove and the Washington State Department of Commerce found 772 healthcare innovation companies operating in the state, primarily in the Seattle area. The companies - including healthcare research, medical manufacturing, drug development, professional services, health IT and others - were found to represent 22,500 jobs, $2 billion in wages and benefits, and $6.8 billion in value of goods and services produced.

In March 2016, Accolade opened doors to a new Seattle downtown office to tap into the pioneering spirit of the city as we grow and work to reinvent healthcare. In September, we will host Evolve 2017, the first in our healthcare innovation series, at our Seattle offices. We'll bring together leaders in the healthcare community to discuss the innovations and opportunities to deliver better healthcare experiences for everyone. Join the conversation. Be part of the movement. Share in the spirit of pioneers.